FOUR DIFFERENT WAYS TO MEASURE SUCCESS: METRICS FOR A NEW ERA OF CHURCH 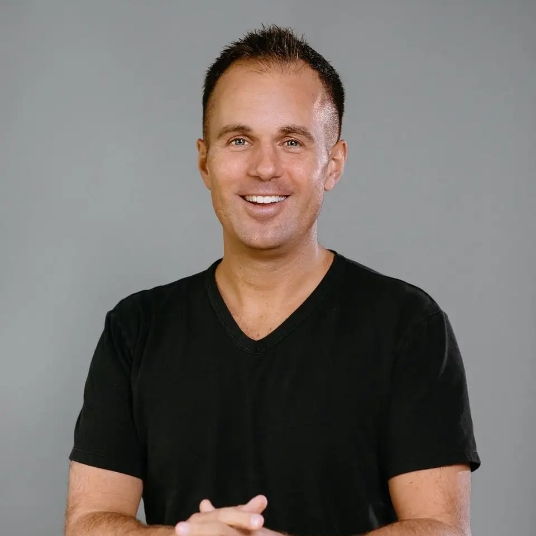 The fall is always significant for leaders in local churches because it represents the launch season of your annual rhythm. This year, as you inch our way out of the pandemic, the fall kick-off season has ministry leaders excited, anxious, and bit puzzled as churches seek to rebuild momentum in their communities.

The rush back has been underwhelming for many leaders.

Momentum is measured by numbers—often referred to as the “metrics” or “Key Performance Indicators” (KPI’s). As you re-launch ministries in a season that, for many, feels like we’re re-planting our churches, those metrics will invariably get even closer attention than usual.

The question is: as local church leaders, what are you measuring? And, what do the things you measure say about what it is you’re actually building? How do you measure “success” in the Body of Christ?

As local church leaders, what are you measuring? And, what do the things you measure say about what it is you’re actually building? How do you measure “success” in the Body of Christ?

Traditionally, pastors have defaulted to what’s known as the “ABC’s” of church: Attendance, Buildings, and Cash. Even through the pandemic—with the twist of pivoting online—many of the church leaders I’ve spoken with have focused their attention most closely on these aspects of church life.

But when you think about the purpose of the Church—to incarnate the love of Jesus Christ in the world—is that what matters most? Is simply drawing a crowd, filling buildings, or paying the bills the full extent of what Jesus lived, died, and rose again to empower? Is this what Jesus really meant when He said, “I will build my church”?

In our local church, these questions have ravaged us. In the early years of my church leadership, we felt like we had the ABC’s rolling: growing 35-40% year-over-year-over year, repeatedly doubling our church population, adding multiple services and facility expansions, and seeing booming budget surpluses. It was a great time to be talking to my pastor buddies!

But then, unexpectedly, we were confronted with an agonizing question: “If your church suddenly disappeared, would anyone in your surrounding society really notice?” All of a sudden a new number appeared: the number zero. Because, at that time, that’s about how many people in our surrounding community would have noticed if we disappeared—in spite of rocking out the ABC’s of church.

So, instead of further expanding our existing facility, that question drove us to relocate our church closer to the downtown core of our city so we could be in greater proximity to the people our society typically ignored. A couple years after moving, we opened what is now the largest 24-7, 365-day/year homeless shelter in our region, right in our church building.

Over the decades, as we’ve continued to grow in our capacity to reveal Jesus to our world, we’ve awakened to some new KPI’s—these days, we focus on some different numbers to measure our effectiveness, other than the traditional ABC’s of church or online metrics. The new metrics help us measure impact in ways that other metrics simply don’t capture.

For us, some of the most critical numbers we now monitor are:

1. Our “budget pie”: rather than fixating on the amount of money coming in, we now focus on the percentage of funds we invest into our surrounding society in the form of compassion and justice activity. Before moving our church, there were literally zero dollars stewarded to share Christ’s love in practical ways. But, this past year, over 70% of the money we’re spending is being invested into fostering compassion and justice in our communities (both locally and globally). Since your expenses reveal what you value, this metric matters very much to us because it gives us an indication of how much we value the people Jesus most values.

Rather than fixating on the amount of money coming in, we now focus on the percentage of funds we invest into our surrounding society in the form of compassion and justice activity.

2. “Engagement rates”: possibly even more critical than money is people’s time, so we also seek to measure how many of our weekend service attenders are actively participating in the Way of Jesus—as opposed to simply living out a “church-goer” kind of faith. To do that, we have more critical KPI’s than our attendance rates. The most important of these is what we call our “Engagement rate”, which tracks the percentage of our attenders involved in one of our locations’ Anchor Causes. We’re working to get our engagement rates over 100%, where more people would access the “front door” of our church through the Anchor Cause before even attending a weekend service!

3. “Integration rates”: to us, this statistic is next-level, because when we engage people in our Anchor Causes, we’re seeking to foster what we call a “friendship that makes the difference” through fostering reciprocal relationships with the marginalized people we’re serving. As a church, then, we’re not just looking to one-directionally serve people in need, but to create mutuality as we explore, experience, and express Christ’s love together. So—kind of the inverse metric to engagement rates—we want to know how many people that we’ve served in our Anchor Causes (like our friends who’ve experienced homelessness) have been welcomed, included, and integrated into our other core programs (i.e.: our weekend services and Life Groups).

4. Community feedback: you’ll never really know if your surrounding society would notice if you disappeared unless you ask them. This can happen conversationally, which we often do with civic officials and friends outside of our community, to get their candid opinion on our church’s effectiveness. But, at times, it can also happen statistically, through outside surveys and feedback generators. Would people outside your church “strongly agree” that you add positive value to your surrounding society, or would they “strongly disagree”? By simply asking that question—through a measured survey—you can clearly know the answer!

You’ll never really know if your surrounding society would notice if you disappeared unless you ask them.

As you consider your fall launch season—and rebuilding momentum as a local church— what is it that you and your leadership are most measuring? What KPI’s do you most care about? And: what do your most critical metrics say about what your church and leadership values most?

If we’re going to be people—and communities—who live out the primacy of Jesus’ Law of Love, we’ve got to figure out how to measure it. But, to be clear: measuring the degree to which we exude Christ’s love can’t be captured through the traditional ABC’s of church.

Measuring the degree to which we exude Christ’s love can’t be captured through the traditional ABC’s of church.

As we reopen coming out of this pandemic, is it time for you and your ministry to re-evaluate how you measure success? I dare say, you won’t be able to really build momentum—Jesus-expressing, Kingdom-expanding momentum—without it!

———
This article was originally featured on careynieuwhof.com

4 Ways to Strengthen Your Leadership Structure

It takes a village to raise a leader